The City of Covington, WA has successfully implemented GIS based asset management for streets, parks, and stormwater assets in their Public Works Department. The City has integrated their ArcGIS platform with Elements XS3 to track and coordinate efforts in Public Works and maximize their GIS investment.

The City has found value in three primary areas using Elements XS3 together with their ArcGIS platform:

For asset maintenance, the City of Covington was looking to enhance their current GIS with software that works directly with ESRI rather than act as an application extension. The City was able to accomplish this by leveraging Elements XS3’s full, consistent integration with Geocortex Essentials and ESRI’s ArcGIS platform.

Covington’s GIS Administrator, Shawn Buck, describes the before and after:

“The map viewer has greatly increased the accuracy of reporting on assets. It has given our department the ability to log into the website and see all of the city’s physical assets in one place. No more thumbing through a binder to find an asset number, just click and enter the job information. The mapping element improved the consistency between our assets so the information is accurately tracked.” 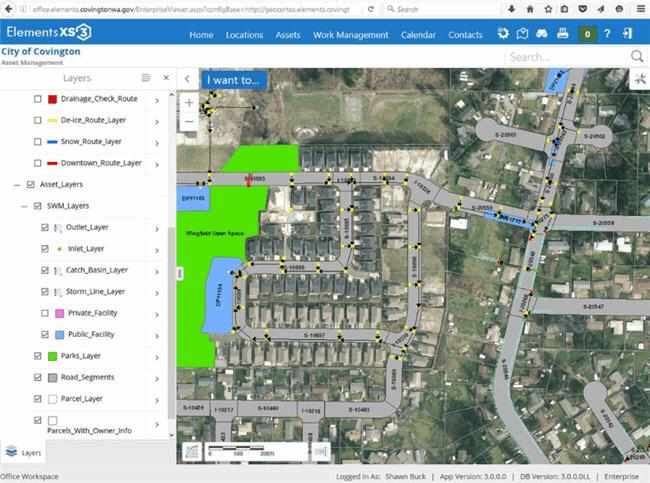 The integration between GIS and Elements XS3 has given the City of Covington the ability to utilize the full power of the Windows Workflow Foundation and HTML5 map viewer technology by tailoring maps and simplifying workflow processes for individual users.

The City has streamlined workflows for streets, parks, and stormwater operations by creating custom workflows and integrating those workflows with Elements XS3.

Shawn Buck, describes the importance of workflows in the City of Covington, WA:

“Determining which tasks we wanted to streamline was really important to the guys in the field. The workflows we built using the Workflow Designer have saved the field staff time on data entry, reducing the time required for data input and giving them more time to focus on field work.”

Quantifiable metrics have proven critical to the City. Using the included reports and analytics designers, the City of Covington is able to clearly measure performance and other asset related metrics. 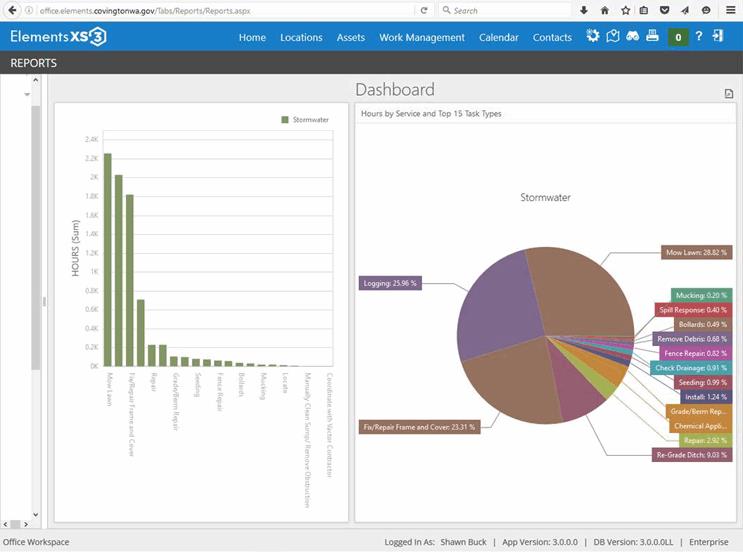 According to Mr. Buck
“Reporting on work has been the biggest improvement over the previous system. Being able to click on an asset and know you are putting hours towards something that is accurate helps produce much richer data. The previous system had difficulty producing data you could be confident in due to the inaccuracy that occurs from shuffling paper around. Reports are being generated now that were not possible with the old system.”

What’s Next? The City of Covington plans to expand Elements XS3 to better help with distribution of work amongst field crews and managing citizen requests to improve response times.

About Covington, WA
Covington is located in King County, WA close to the Puget Sound with views of Mount Rainier. The city was incorporated in 1997 with a population of 17,575 at the time of the 2010 census.

About Novotx
Located near Salt Lake City, Utah, Novotx develops, maintains, and implements the Elements XS3 application. Novotx has been developing GIS-based asset and work management software since 2004 and has customers throughout the US and Canada.